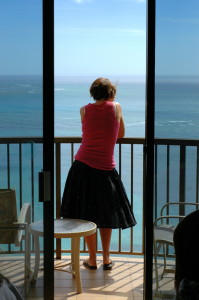 Volcanoes, surfing, hula… With so much that’s exceptional about the Hawaiian Islands, you’d probably be hard-pressed to name what they are most famous for or what is the most important part of the cultural identity of the area. Here is a rundown on some of the most renowned characteristics of this Polynesian Island Chain:

The Hawaiian Islands aren’t just famous for volcanoes. They exist because of volcanoes, the land created from eruptions in the ocean millions of years ago. Today there are 3 active volcanoes in Hawaii, and the opportunity to face a live volcano in person is irresistible to most visitors. Hawaii Volcanoes National Park is the #1 attraction for travelers enjoying a Hawaii vacation, with almost 400 square miles on the Big Island forming a living museum with endless opportunities for discovery.

It’s possible hula is the most recognizable icon of Hawaii. It could be that it’s an art form that is uniquely Hawaiian or that it is undeniably enchanting, drawing spectators in with fluid, graceful movements and engaging songs or chants. It could be that hula is not simply a form of entertainment – and it certainly IS entertaining – but also a way of sharing legends, traditions and stories, preserving a culture from the past in a way that continues to resonate today.

On all the Hawaiian Islands, opportunities abound for visitors to either watch Hula performances or learn some moves themselves. There are tons of hula performances going on, ranging from more modern styles to traditional hula. Check out our event calendar for some of your options. 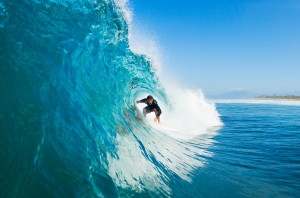 Many people know that Hawaii offers great surfing. But did you know that Hawaii is actually the most probable birthplace of surfing? It’s possible the sport originated in Polynesia and thrived in the ideal waves of Hawaii, but certainly the first written record of surfing referred to Hawaii. It was called “hee nalu” at the time in 1779 when Lt. James King described Hawaiians riding the waves of the Big Island on wooden planks. It was also once called the “sport of Kings,” as it was forbidden to all but royalty.

Luckily, that policy has changed, and Hawaii now hosts numerous pro and amateur surfing events that draw participants and spectators from around the world. From November to February each year, it’s also been the primary destination for Big Wave surfers ever since the sport first arose here in the 1950s.

What To Do? Vacation Planning Help

Ready to plan your Hawaii vacation? Learn about each island’s unique appeal and local flavor, as well as check out lodging options, find discounts and deals, plan your activities – or your dining plans! Check out our visitor information for the main Hawaii Islands: